As you may or may not know, Iâ€™m building a replica of the Lighthouse of Alexandria, one of the original Wonders of the Ancient world, in the game Minecraft. Minecraft is a game where you walk around this blocky world, building stuff out of blocks. This has taken a total of probably 30-40 hours so far, and the exterior is mostly done.

The main walls are sandstone. The blue stripes are made of blue wool, which is made by first digging deep mines to find Lapis Lazuli. THen, you hit a sheep with the dye, and he turns blue. then you hit the sheep and he will drop 0-3 blue wool blocks.

Itâ€™s important to note that it would have been possible for me to CHEAT and give myself all the sandstone in stacks of 64 to do this. However, I did NOT cheat. Every block was gained through honest mining. â€¦Well, there is ONE caveat: The Glowstone used was harvested WAY before any type of multiverse mod existed. I had to hack together a special â€œNether Nightâ€, changing some config files, backing up the server, making everybody stand near me, then shutting down the server and restarting with the new config. We spent a couple days there, then I switched everything back.

About halfway through the construction project, they released an update to the game that allowed deserts to spawn with naturally occurring sandstone. Iâ€™m glad they did this. I was getting very tired of digging regular sand, and I figured out that I would need over 250,000 blocks of regular sand to complete the lighthouse! I seriously considered abandoning the project at that point, then they added the sandstone, thank God! Then, as a special bonus, they also added multiple Lapis Lazuli pieces to drop out when you mined a Lapis Lazuli block! That helped greatly as well. Howeverâ€¦ one thing DID slow me down again; they nerfed the way that digging happened so that a tiny bit of lag occurs right as youâ€™re starting to dig. I had just begun my Speed-Digging technique, which was rendered useless after the multiplayer version no longer worked right with it.

Another help was ScienceNinja, who came and helped me dig out TONS of sand and sandstone. Thanks, SN!!!

This project took several months. I started in November 2010, and ended around April 2011. Itâ€™s still not 100% done, either: I need to fine-tune the glass on the floor of the courtyard; the basement floor needs done and then I wanted to add signs everywhere that describe historical facts about the original lighthouse. Iâ€™ll probably add all that in later. Maybe some fountains, stuff like thatâ€¦ Anyway, hereâ€™s the non-slideshow slideshow. 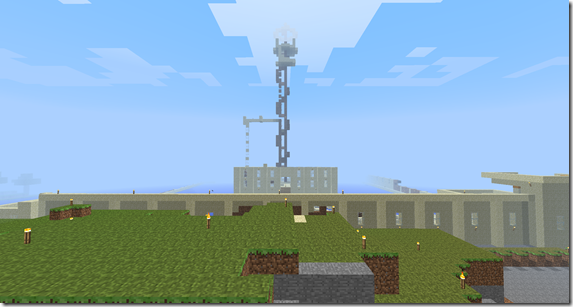 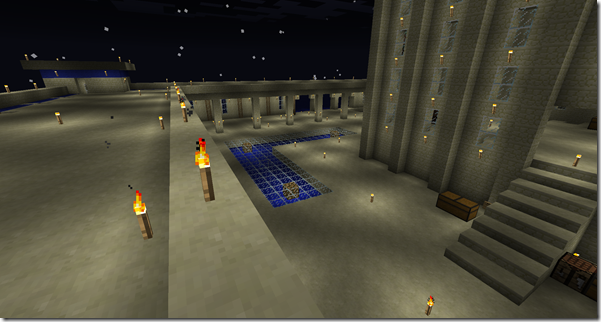 A much more finished project 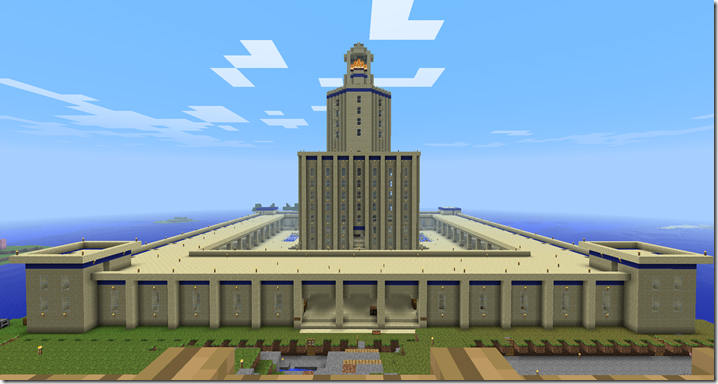 Here is some of the strip mining areas that gave the sand for it (the pond area above the strip area is part of the â€œre-naturalizationâ€ of the area): 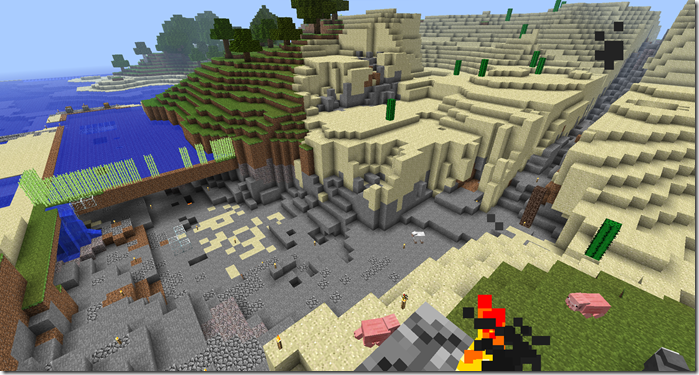 View all of tungsai's posts.